In the course of this last month without posts, not anything “big” happened, but a lot of little missing parts were bought or shipped so I’m only posting again now. Also, Uni & life can take up a lot of time sometimes…
I really hope to get the machine up and running as soon as possible!

A little update on the LCD: I wasn’t able to test it yet, because I didn’t know that you apparently need an adapter to connect it to the RAMPS.
So I ordered it from Banggood just after the last post (when I just noticed that I can’t connect the LCD) and it arrived around 10 days later, very fast shipping!
It was very important to get this done quickly, because in case of an Arduino, RAMPS, or LCD malfunction the specific part would have to be re-ordered (it can happen sometimes with part from China because of missing / bad QC).
Gladly, the Arduino flashing process with Marlin and the connection to the LCD went off without any issues and it all works fine!

As I said, flashing Marlin was very straight forward, but I’ll try to get the Prusa version of Marlin onto the Arduino when I find the time which will be the next step for the electronics part.
When that’s done (or maybe before), I’ll have to figure out how to get the SPI feature on the TMC2130’s to work; I believe you have to reverse some of the pins (solder them out and put them on the top of the PCB) and after that wire those up-facing pins with jumpers.
The motors all work, so I don’t need to get the drivers working to test the steppers, but I want to test them to see if the drivers themselves and the Arduino have no issues… 😉

The new heatbed that I ordered from Aliexpress (usually known for longer shipping times) was shipped pretty fast / normal and arrived after 3-4 weeks. To me it looks fine for now, all the hardware is included and it really looks identical to the real deal, which we have at my Uni’s FabLab. It even says ‘Original Prusa MK42’ etc.
A PEI sheet and M3 adhesive was also included. More info on the heatbed probably as soon as my electronics are up and running, because then I’ll be able to test it and its thermistor (I already have spare thermistors on hand just in case).

For the frame material, a friend of mine who is a carpenter helped me and we decided to use Multiplex, because it gives great stiffness which is what we’re aiming for in a 3D printer frame. He also kindly got it for me and I’m now working on my FabLab’s MPCNC to get that one working so I can CNC mill the frame out of the 40x40cm board.
I’ll need one more such board for the front and back parts that are just metal sheets in the MK3 instead of consisting of some threaded rods like on the MK2.
Then I’ll finally be able to mount a lot of parts together, like the Z axis and electronics onto the frame, the X axis and once I have the aluminium profiles also the Y axis. 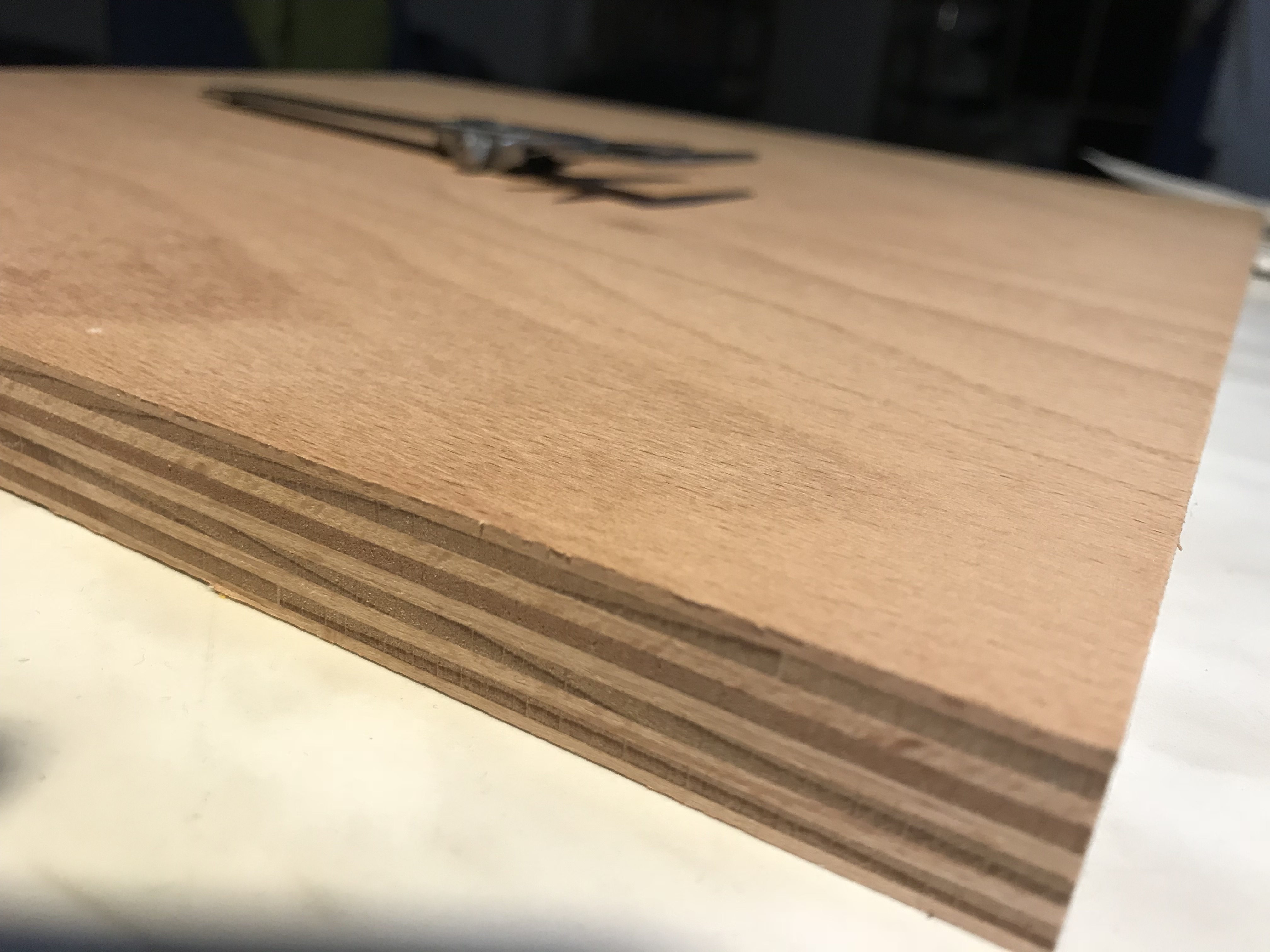